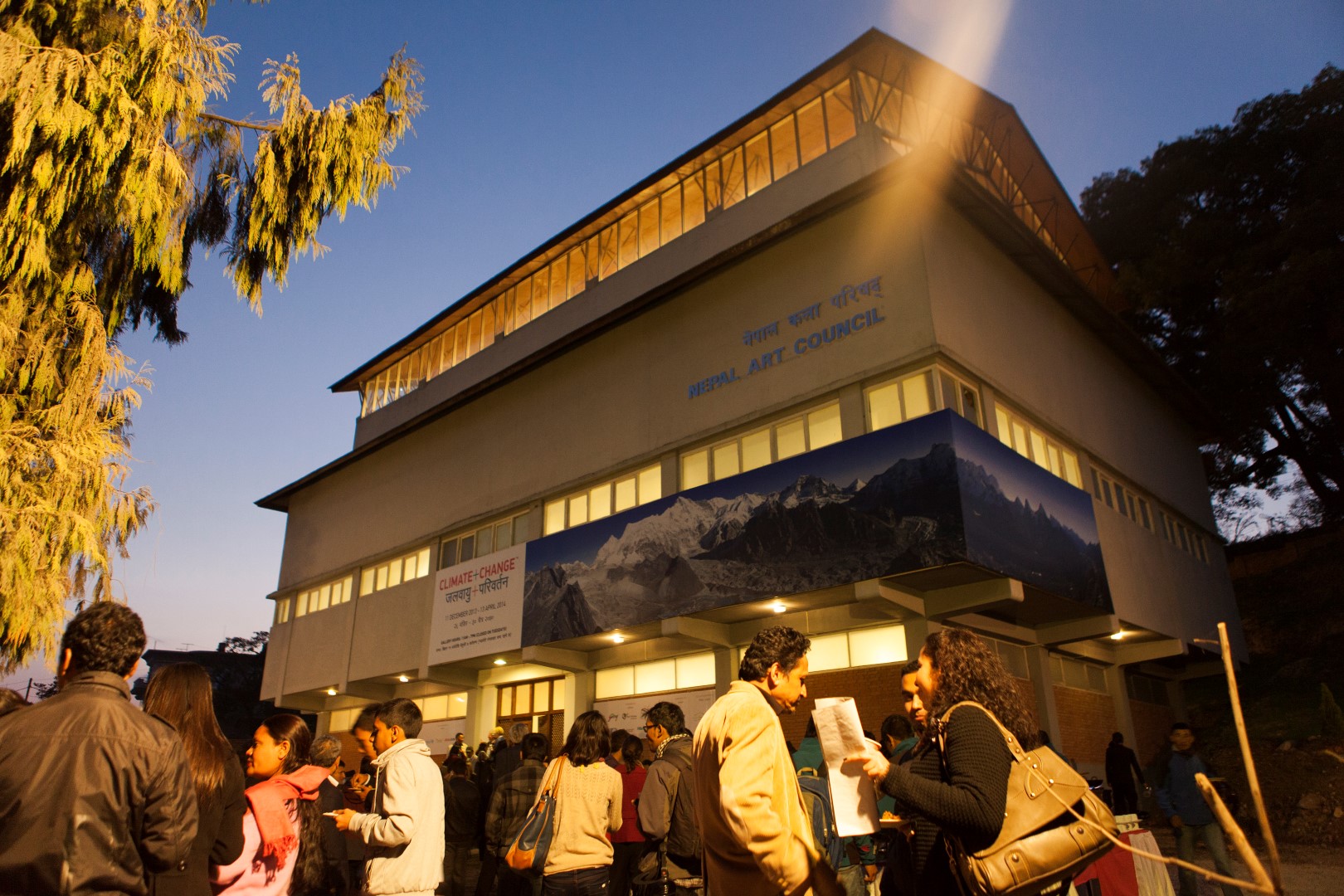 The Nepal Art Council (NAC) was established in 1962 as a national institution, with the prime objective of promoting the art and artists of Nepal. King Mahendra was the patron, with incumbent Prime Minister Kirti Nidhi Bista as Founding President, Nepal’s leading modern artist Lain Singh Bangdel as General Secretary and independent promoter of the arts Gen. Mrigendra SJB Rana as Treasurer. It was conceived, constituted and initiated as a Public-Private partnership sponsored by the State and later registered as a service oriented non-profit, non-government, organization. The completion of the current building in 1991, with grants from the Government of Nepal, Government of India and donations from the private sector have allowed enabled the Council to further expand the range of its activities. In recent years, the premises of the Council have been renovated and infrastructure upgraded.
By pioneering the nurturing of artistic talents for six decades NAC has played a pivotal role in helping a new generation of contemporary Nepalese artists working in various genres, to emerge and attain the level of excellence we witness today.

The Executive Committee (Board of Directors) of the Council has been and is in process of expansion to include members with expertise and notable track record in promotion of the arts and with more inclusive representation. A goal has been set and plans drawn up to develop the Council and its premises as a landmark destination of Kathmandu.

The Nepal Art Council (NAC) was established in 1962 as a national institution, with the prime objective to promote the art and artists of Nepal.
read more